An Indian youth living in Sharjah is getting ready to try to enter the Guinness Book of World Records and several other world record books by continuously playing more than 20 different musical instruments within one hour during a concert organized for the purpose.

Ebin Rec George, a 20-year-old bio-technology graduate of Manipal University Dubai, will try to set a new world record on February 3 at the Sharjah Worship Centre auditorium in the Yarmook area of the emirate.

“’Nothing is Impossible’ is the title of my musical fusion programme,” he said. More than 1,200 people are expected to attend the programme.

Ebin will play works of musicians like Yani Youson and others, music of cartoon characters, movie tracks and his own creations using Indian, African, Irish instruments. His performance will be used to try to get into the Guinness Book of World Records. If he is successful, he will enter a new category of several musical instruments played by the same person.

He is reluctant to list all the 20 instruments that he will be playing during “Nothing is Impossible” musical fusion programme, though he claims he can play drums, piano, bass guitar, Arabic drums, recorder, soprano saxophone, mouth organ etc.

Ebin was asked to produce a video of his performance since most of the world record books did not have such category suitable for him.

His ‘Nothing is Imposssible’ performance will be certified by a panel of judges comprising a Sharjah ruling family member, Dubai International Academy City and Knowledge City Director Ayub Khasim, Consul for Education and Economy at Indian Consulate in Dubai Dr Tiju Thomas and others.

“Raw footage of the programme, media coverage and newspaper clippings of the ‘Nothing is Impossible’ programme will be sent to the world record companies who have agreed to include this category in their world records,” he said.

“I did not go to any formal music schools for training,” he said, adding that he could complete up to Grade 3 in keyboard from the Trinity College of Music.

“I have been trying to learn many new musical instruments during the past three years because I wanted to set a new world record,” Ebin, who hails from Pallam near Kottayam in the southern Indian state of Kerala.

Ebin started practicing the drum at the age of 3, when he was living with his father George and mother Suja in Bahrain.

“When he was three years old, Ebin surprised the audience with his performance. He has been performing regularly in different schools, community programmes etc,” said his father George C K, a businessman in the UAE.

Even when he was a student of Sharjah Emirates National School, he was good at handling lead guitar, drums and keyboard. While studying for graduation at Manipal University Dubai, he continued to perform with music bands in town.

“He can sing any song on a mouth organ and he learned everything on his own. He did not undergo any formal training,” says a coordinator of the ‘Nothing is Impossible’ programme. 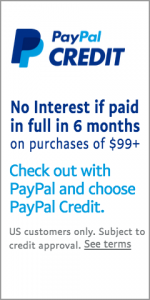